Humanist reflects on his path to a "respectable mastery" in culinary arts. 4 of 4

continued from part 3, the Denver years.

Back home and the Tamarron Resort, Durango, Colorado 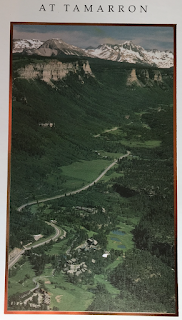 On a visit home I stopped in at the Tamarron Resort north of Durango for a casual inquiry.  HR sent me to see the restaurant manager.  Turned out to be a French import, who was there for one year as part of his own career building.  He was also lonesome for someone with a bit of continental sensibilities and genuine appreciation for fine dining.  He practically wouldn’t let me leave his office without promising to take the job and come back and start working.
Though I was pleasantly surprised and impressed with Denver, three years of the big city was getting to be enough and it was time to get back to home and my people, so I said sure.
When my French pal went back to his home, and to take up his next position with the French President’s culinary/service team for a year, I was promoted to replace him.  While manager I created a server training manual for the San Juan Mtn Cafe.

Read more »
Posted by citizenschallenge at 9:29 AM No comments:

Humanist reflects on his path to a "respectable mastery" in culinary arts. 3 of 4

I can still remember driving down the “Champions” into Silverton at 9,300’ July ‘79.  First sight of that town way down there in the distance and I simply could not stop laughing, it was like a fairy town on a miniature train set.  Even had a smoking steam train on the tracks way down yonder.  How was I to know I was driving into Colorado’s last gold rush?  But, I digress again.
I met Falco’s friends and told them about my culinary experiences.  That night they took us to the best in Silverton, Zhivago’s Restaurant on “Notorious” Blair Street, under lease to a very nice, very hip L.A couple with lots of money and dreams of having the coolest mountain town restaurant ever.  With the help of friends within the L.A. music community, they succeeded.  Well, for a few glorious years.  But, giving away the profits playing the high roller will sink the best of establishments, but I’m getting ahead of myself. 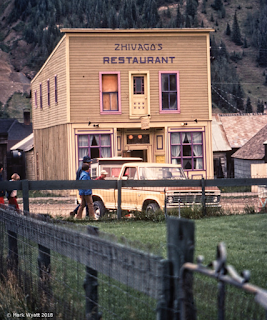 Read more »
Posted by citizenschallenge at 7:37 AM No comments:

Humanist reflects on his path to a "respectable mastery" in culinary arts. 2 of 4

(continued from part one) My German culinary experience.

Mittenwalt, Germany.
That sent me back to Germany, where my “Has Been German Citizen” legal status gave me the right to apply and receive work permits.  Finding an apprenticeship was another matter. 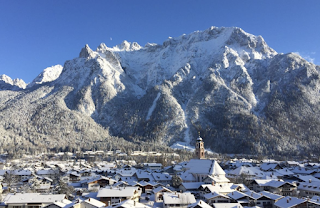 Mittenwald, Bavaria, Germany
Winter was coming and I needed to find some work, which I did at the Hotel Gasathof Mühlhauser in Mittenwalt, Bavarian Alps.  Basically an owner chef, a cook and me prepping for them.  I also washed the pots and pans though I remember more about my moonlight excursions out into the magical countryside and hanging out with other restaurant workers in the evenings drinking beer and puffing on Turkish cigarettes and discussing everything under sun, than I do about the kitchen.  It was a fun Christmas and winter, then back to hunting for an apprenticeship. 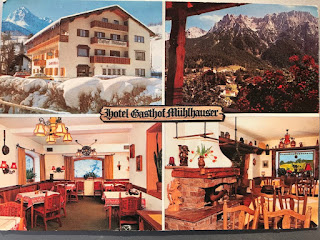 Read more »
Posted by citizenschallenge at 5:47 PM No comments:

Humanist reflects on his path to a "respectable mastery" in culinary arts. 1 of 4

It is indescribably frustrating trying to have a constructive dialogue with Republican trumpster types. Diversions, distractions, derision, topped off with dripping belligerent and grotesque Willful Ignorance, seems all they are capable of delivering.
Ask for a little substance and it's crickets, or worse.  Most recently, at my virtual corner pub, the Center For Inquiry Forum, rather than keeping on point of the thread I started, looking at the contemptible Dorr Bro's fraud:"The Dorr Brother Scams Exposed – denying physical reality in action" and their descent into Fascist behavior.  It's been the usual disingenuous diversion, one after another.  From attacking the right of the medical staff to stand up to those malicious protesters who are intent on increasing the spread of the deadly COVID-19 virus, to dismissing the news stories because the reporter has a bias.  When I try to discuss bias, Sree comes back with another diversion, this one with slander in his heart.  All in order to pretend away the facts and the harm the Dorr's are causing for personal financial enrichment.
Long story short, though the following was motivated by getting irritated by a clown attempting derision, it's actually a project I've often dreamed of doing and it is written for my kids and family and friends, some of whom are curious about my travels and confused about how all those experiences were achieved.  This is concentrated on my culinary experiences, but can't help but drift into occasional glimpses into other aspects of my adventures.

sree writes:
Thanks for showing me your blog.
Master of culinary arts?

How about a throw down with me?
Which cuisine are you masterful at?
I don’t mean rib tips and stuff. I am talking international.

For the sake of accuracy what I wrote is that I have a "respectable mastery of culinary arts and framing construction."  ;-)  When I accepted his offer and tried engaging, by asking about his own experiences, the joker goes crickets on me, the way they always do.  That's because he's down to vapors while I have substance.
What get's me is that liberal progressive rational types keep rolling over for those same juvenile tactics a thousand times over, which is why we're in this downward spiral, but enough of that.
This is about me and a young man's path to a respectable mastery in culinary arts.
================================
In the beginning.
During our senior year in high school, we were expected to decide on this or that career.  I hadn’t a clue beyond knowing I was going to get a job in Yosemite Valley and live there, then travel.  When pressed, the best I could  come up with was that I'd like to know how food is made and buildings built.  Not much, in fact embarrassing at the time, but in hindsight, spot on. 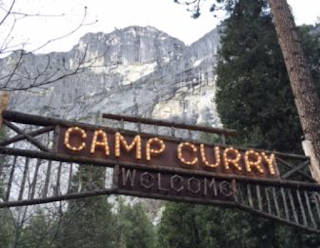 Camp Curry and Glacier Point, Yosemite National Park, California
It all began in Yosemite Valley at the Curry Cafeteria,
Read more »
Posted by citizenschallenge at 3:27 PM No comments: