Diary 1/27/17 - To roll over or fight? That is the question. And INDIVISIBLE.com

There’s simply too much to keep up with and not enough time - so please excuse yet another diversion - this time it's for the most constructive thing I've seen in months, the “INDIVISIBLE: PRACTICAL GUIDE FOR RESISTING TRUMP’S AGENDA” it’s the first ray of hope in an long time.  Thus I’m once again preempting the scheduled programming for some self justifying thoughts and then on to a closer look at this guide for patriotic American citizens concerned with saving our democracy.

I can’t help myself, I’ve always felt connected to this Earth I was born into with an ever evolving depth few seem capable of appreciating.  Along with that, thanks to my circumstances and up bringing, I’ve loved and felt a part of America with an immigrants appreciation and thankfulness, one that born Americans with their simplistic sense of entitlement and lack of curiosity seem oblivious to.

I have actively witnessed USA’s transformation from a land still filled with promise for young high school graduates, to an overcrowded jealous scared angry country with too many kids’ who’s heads are filled with useless media garbage and no place to go nor any way to get there if there were.

Graduating in 1973 the world was still open to this poor boy, sure being a healthy white guy helped tremendously, but more important there was lebensraum (living space) and places to go where people still had a sense of humor and tolerance and all sorts of different work waiting for those willing to do the job.

Back then we had already learned all we needed to know about fossil fuels burning increasing our atmosphere’s insulation. We knew that Earth could not accommodate billions more people.  There were resource limitations, there was poisoning the oceans and atmosphere and lands, there was crowding and the human psyche.

1970s,... we KNEW we were starting to change the Earth and its weather machine in many dramatic and destructive ways.  We knew that continuing to increase the insulation of our atmosphere would warm our climate system, energizing it into regimes of behavior our current biosphere (the one we depend on for everything) and society was not equipped to handle.

We The People of America guided by a creature of the Hollywood Dream Factory, the actor president Reagan, egged on by the radical religious right, who with egos so hyper-inflated that they mistook ‘em for God, took our country into a lala reality pretending nothing had changed over the preceding centuries and that ‘too much was never enough', and that endlessly increasing profits, while reducing expenditures was the be-all-end-all of government and business.

The deception was reinforced by our own Democrat Mr. Clinton (reagan lite with a twist of left) who also believed it was all about me, me, me and helping corporations increase their profits and power.

2000, was an utter DNC failure, 2016 made clear that not a damned thing had been learned.  Obama was okay, but the Republicans dedicated all their efforts to destroying his presidency, and Democrats never took its seriously enough to appreciate we needed to rally behind him.  The DNC never tried to educate and motivate concerned citizens to mobilize the proactive vocal grassroots support the Democratic President needed.  We The People never had the president’s back.  Its amazing he accomplished what he did.

While Democrats slept, America gave our government to a nasty lying narcissistic creep who's running diversion while the GOP transforms us from the United States of America into the Christian Corporation of Amerika.

The past months have been tough on me, watching the DNC handle post election as ineffectually as ever, the sense of hopelessness and impotence and foolishness for caring gets overwhelming every now and then.  The many protests offered no relief because they seemed more like venting exercise, perhaps a little bit of networking and community building, nothing more.

Rather than the vision to show up in Washington DC at the foot of the Capital (and other cities) on January 3rd, even with only tens of thousands citizens demanding the Democrats do the right thing and get Merrick Garland his Supreme Court vote.  Now that would have given the GOP pause.  Nothing, not even an official whimper, sort of like it was swept up under the carpet, or should I say under the bus.  Instead, we show up the day after the inauguration.  Why am I totally unimpressed?  Think about it.

The desire to write myself off as the crazy one and to just toss in the towel, ignore it all, worry about my own day to day and forget about it the way millions and millions of fellow Americans do with such ease gets very big, after all I'm just another no count wage-slave scrambling to keep afloat.  But like I told a friend recently every time I try it, the view from the floor sucks even worse.  Maybe it’s nothing more than the Old West ethos to “die with your boots on,” I don’t know.

I do know I am thankful to providence for coming across the "INDIVISIBLE: PRACTICAL GUIDE FOR RESISTING TRUMP’S AGENDA" today.

It’s the first post election effort that has impressed me.  These folks have taken the time to realistically explain how we got here and what we can do about it.  I’m in and I hope that by sharing their information over here, they might find more of their intended audience.

We can do this.
But not if we don't get up and take responsibility!
Pass it on. 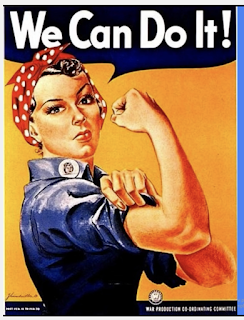 INDIVISIBLE:
A PRACTICAL GUIDE FOR RESISTING THE TRUMP AGENDA

NOTE FROM THE TEAM

CHAPTER 2: HOW YOUR MEMBER OF CONGRESS THINKS, AND HOW TO USE THAT TO SAVE DEMOCRACY

CHAPTER 3: ORGANIZE A LOCAL GROUP TO FIGHT FOR YOUR CONGRESSIONAL DISTRICT

NOTE FROM THE INDIVISIBLE TEAM

Since this guide went live as a Google Doc, we’ve received an overwhelming flood of messages from people all over the country working to resist the Trump agenda. We’re thrilled and humbled by the energy and passion of this growing movement. We’ll be updating the guide based on your feedback and making it interactive ASAP. You can sign up for updates at www.IndivisibleGuide.com.

Every single person who worked on this guide and website is a volunteer. We’re doing this in our free time without coordination or support from our employers. Our only goal is to help the real leaders on the ground who are resisting Trump’s agenda on their home turf.

We hope you will take this document and use it however you see fit.

We want to hear your stories, questions, comments, edits, etc., so please feel free to ping some of us on Twitter: @IndivisibleTeam,
@ezralevin, @angelrafpadilla, @texpat, @Leahgreenb.

Good luck — we will win.
Posted by citizenschallenge at 12:51 PM