Scientism: On getting lost within the Mindscape.

It’s an odd sensation, periodically rediscovering how some things that I find self-evident, seem absolutely foreign (if not invisible) to most others.  When I embraced the term “Mindscape” a couple years back, I thought I did a good job of capturing a metaphor for those universes of thoughts that we possess just beyond our physical brain with its neurons, synapses and electro-chemical cascades.  The seat of ego, emotions, thought, reflection, god seeking, knowledge seeking, love seeking, success thirsting, the sense of self, our life’s spirit, our soul, whatever labels you want to tag onto it.

The world flowing through our physical senses and then getting sorted through our genetic and environmental filters before being reflected against the metaphorical retina of our brain and infusing through our body.  The thing that thinks it’s telling our body what to do, when most the time it’s the other way around.  The thing that believes it’s in control of us, or out of control, as the case may be.  The thing that is us, but has yet to be found by scientist or philosopher.

I’ve discovered that suggesting we should categorize it differently than the stuff of atoms and the laws of physics invites the wildest mental gymnastics intent on drawing the discussion away from the essence of acknowledging the ephemeral nature of our human mind, that thing that animates our bodies during our short dance across physical reality’s stage, or more specifically, Earth - and then disappears when we die.

For me, the insight fell right into place and in short order it served to spark a realization that I AM AN EARTH CENTRIST, because Earth provides our only touchstone with physical reality, deep time and our ongoing life story.

Human’s only have their own stories, millions of them, billions, trillions, all blossoming from our egos.  Earth and her rhythms are simply Physical Reality unfolding, they don’t depend on our stories one bit and they will be here, continuing the journey, long after all echoes of our existence has vanished.

It seems to me, too many are terrified by such a revelation, so turn inward to the comfort of their pliable mindscapes, with all their self-serving stories and emotions.

I’m convinced it would do us humans endless good to appreciate that distinction between our florid Mindscapes and the fundamental Physical Reality of the world we exist within.  Worship god for all you’re worth, if that’s your desire, but don’t take yourself too seriously.

As for science that is dedicated to soberly rationally learning about the physical reality that surrounds us.  It’s basic rules are set up to filter out our petty egos and biases.  To me it seems a recognition and acknowledgment that we need each other to keep ourselves honest.

What’s in it for the individual?  An enhanced appreciation of our place within the flow of Evolution, which imparts a certain spiritual peace of mind and solidity.  One that I know self-serving preachers and the words within holy books can’t get close to touching.

As an example, I believe this perspective helps me better appreciate all the bluster and confusion between “Science” and “Scientism.”

Science is an activity that seeks to explore the natural world using well-established, clearly-delineated methods.

Scientism, on the other hand, is a speculative worldview about the ultimate reality of the universe and its meaning.     (Thomas Burnett)

Science limits itself to what it can observe and measure.  Science’s pronouncements are dictated by the facts at hand, knowing full well that future inquiry will provide more facts and knowledge, which in turn will allow those pronouncements to be refined in accordance with the evidence attained.

For me, the best metaphor of the march of science, is that of an image getting displayed with ever more resolution as the dots-per-inch (available facts) get increased, leaving us with an ever more recognizable picture.

Scientism, on the other hand, crosses over into the Mindscape without ever taking the time to really delineate, or even consider, Physical Reality as a thing onto itself, beyond our varied imaginings.

By muddling, if not ignoring, that mind-body, thought-physical boundary, Scientism produces a world of contrived ideas as malleable as our fickled imaginations, but useless for truly understanding this reality we are embedded within.

I had intended to add commentary to my quotes from Mr. Burnett's article.  But my introduction turned into more than I’d expected and it can stand alone.  Still I want to share my, admittedly, cherry picked highlights from his thoughtful essay and am happy to do so sans commentary.

What is Scientism?   By Thomas Burnett

American Association for the Advancement of Science

Scientism is a rather strange word, but for reasons that we shall see, a useful one. …

… Philosopher Tom Sorell offers a more precise definition: “Scientism is a matter of putting too high a value on natural science in comparison with other branches of learning or culture.” (2)

MIT physicist Ian Hutchinson offers a closely related version, but more extreme: “Science, modeled on the natural sciences, is the only source of real knowledge.” (3)

A HISTORY OF SCIENTISM

… Both Bacon and Descartes elevated the use of reason and logic by denigrating other human faculties such as creativity, memory, and imagination. … Descartes’ rendering of the entire universe as a giant machine left little room for the arts or other forms of human expression.

In one sense, the rhetoric of these visionaries opened great new vistas for intellectual inquiry. But on the other hand, it proposed a vastly narrower range of which human activities were considered worthwhile.

Positivism … The 19th century witnessed the most powerful and enduring formulation of scientism, a system called positivism.  …

…  Another weakness of the positivist position is its reliance on a complete distinction between theory and observation.

… W.O. Quine pointed out in his “Two Dogmas of Empiricism” that observations themselves are partly shaped by theory (“theory-laden”). (12) What counts as an observation, how to construct an experiment, and what data you think your instruments are collecting  —  all require an interpretive theoretica,

… it (undermines) the positivist claim that science rests entirely on facts, and is thus an indisputable foundation for knowledge.

… Whether one agrees with the sentiments of these scientists or not, the result of these public pronouncements has served to alienate a large segment of American society.

And that is a serious problem, since scientific research relies heavily upon public support for its funding, and environmental policy is shaped by lawmakers who listen to their constituents. From a purely pragmatic standpoint, it would be wise to try a different approach.

Physicist Ian Hutchinson offers an insightful metaphor for the current controversies over science:

… Hutchinson suggests that perhaps what the public is rejecting is not actually science itself, but a worldview that closely aligns itself with science—scientism (14).

So if science is distinct from scientism, what is it?

Science is an activity that seeks to explore the natural world using well-established, clearly-delineated methods.

Given the complexity of the universe, from the very big to very small, from inorganic to organic, there is a vast array of scientific disciplines, each with its own specific techniques. The number of different specializations is constantly increasing, leading to more questions and areas of exploration than ever before. Science expands our understanding, rather than limiting it.

Scientism, on the other hand, is a speculative worldview about the ultimate reality of the universe and its meaning.

Despite the fact that there are millions of species on our planet, scientism focuses an inordinate amount of its attention on human behavior and beliefs.

Rather than working within carefully constructed boundaries and methodologies established by researchers, it broadly generalizes entire fields of academic expertise and dismisses many of them as inferior. … Scientism restricts human inquiry.

It is one thing to celebrate science for its achievements and remarkable ability to explain a wide variety of phenomena in the natural world.

But to claim there is nothing knowable outside the scope of science would be similar to a successful fisherman saying that whatever he can’t catch in his nets does not exist (15).

Once you accept that science is the only source of human knowledge, you have adopted a philosophical position (scientism) that cannot be verified, or falsified, by science itself. It is, in a word, unscientific.

Thomas Burnett is the assistant director of public engagement at the John Templeton Foundation. As a science writer, Thomas has also worked for The National Academy of Sciences and the American Association for the Advancement of Science. He has degrees in philosophy and the history of science from Rice University and University of California, Berkeley. 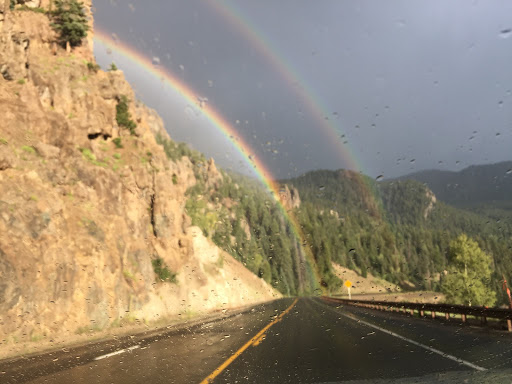 Posted by citizenschallenge at 12:00 PM