Diego Garcia-Bellido - Animal Dawn - What a scientist sounds like.

Not much to add here, Dr. Garcia-Bellido Senior Researcher of Palaeontology at the South Australian Museum and Associate Professor at the School of Biological Sciences at the University of Adelaide in Australian does a very nice information filled review of what we know regarding the transition from Ediacara Biota to the Cambrian, which set the stage for the further evolutionary revolutions to follow in short order.  Below the fold I post screen shots of key slides to entice and highlight key points.   (If you're wondering why I'm posting these videos see this)
_____________________________________________________

Although the rise of animal life on Earth has fascinated humanity for centuries, tracing its origins to an exact point in history has proven difficult.

The Ediacara Biota—approximately 555 million years old—are recognised as the first known macroorganisms. Yet their assignment to the animal kingdom remains controversial, with some scientists believing animal life didn’t take off until the Cambrian “explosion”, around 20 million years later.

New research conducted jointly by the University of Adelaide and the South Australian Museum, however, aims to resolve the debate. Comprehensive comparisons are being conducted between Ediacaran records and those from Kangaroo Island’s internationally significant Emu Bay Shale Cambrian fossil site, with findings tested against modern marine invertebrates. 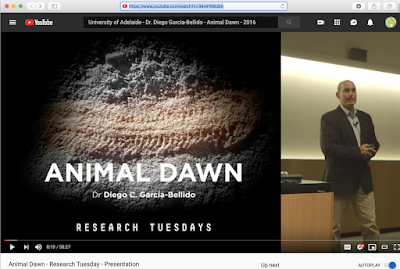 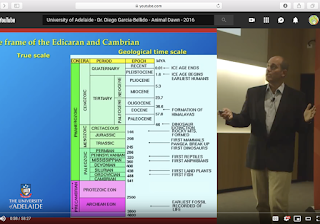 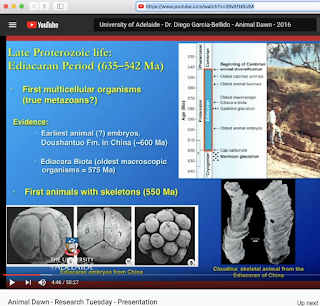 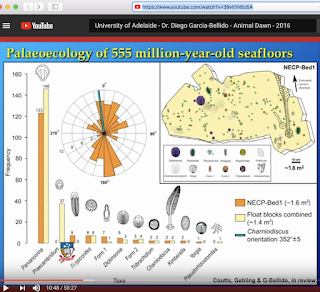 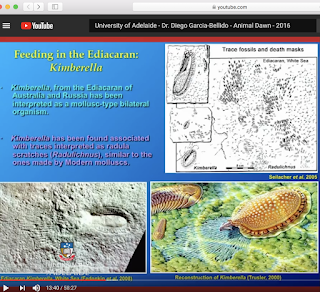 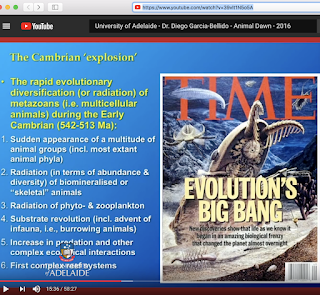 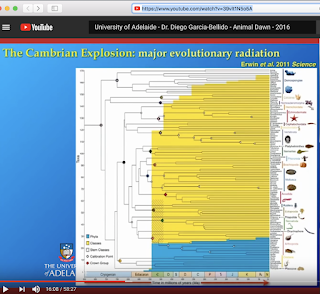 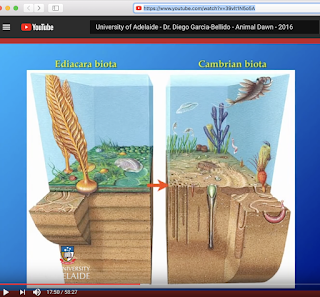 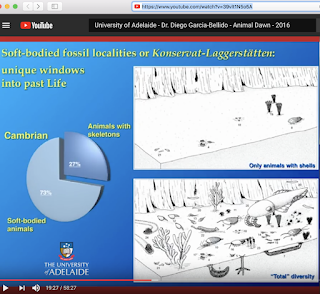 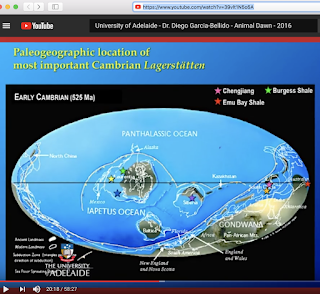 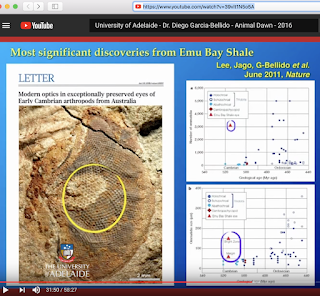 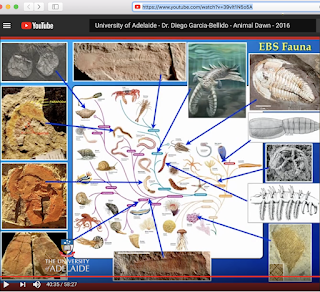 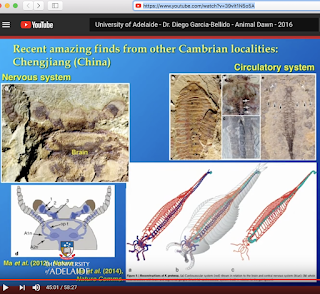 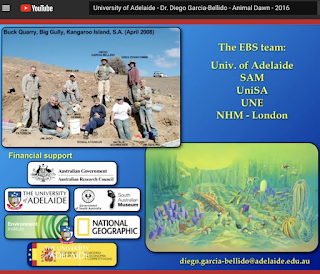 Posted by citizenschallenge at 1:59 PM