Mary L. Droser - Ediacara Biota - What a scientist sounds like.

There are many excellent videos about the Ediacaran Period in Earth's Pageant of Evolution - each speaker touches on aspects the others don’t.  It's what makes learning about this so fascinating, the endless surprises and aha moments.
It's a reflection of the new appreciation that the dawn of animal evolution was way more complex and amazing than anyone imagined - that is, before the scientific evidence really started coming in these past decades.  No ID needed.  Makes me think I’ll be sharing a few more lectures focused on the Ediacaran before moving on to the Cambrian Period.
This time I’m highlighting Professor Mary L. Droser because she does such a nice clear job of describing the variety and complexity that showed up in these oldest of creature communities.  Below the fold you'll find screen shots of key slides outlining her talk.

Abstract: Patterns of origination and evolution of early complex life are largely interpreted from the fossils of the Ediacara Biota. The iconic record of South Australia is a critical window to Ediacaran organisms after the reign of the rangeomorphs.
Study of 30 beds within the Ediacara Member has demonstrated that this younger assemblage, as evidenced by dramatic development of body plans and ecospace utilisation, is a radiation in its own right.
Notable aspects include remarkable increases in mobility, the appearance of undisputed bilaterians, the advent of sexual reproduction, the appearance of the first biomineralisers, the advent of active heterotrophy by multicellular organisms and the assembly of complex ecosystems, all attributes of modern animals. 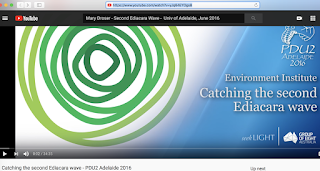 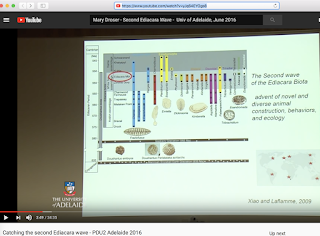 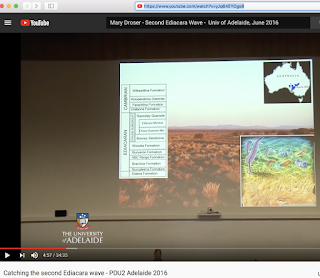 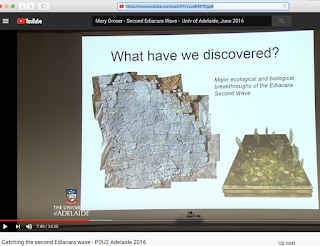 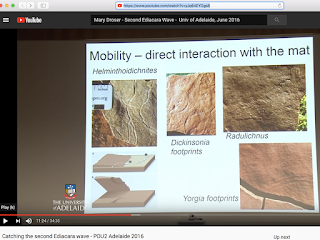 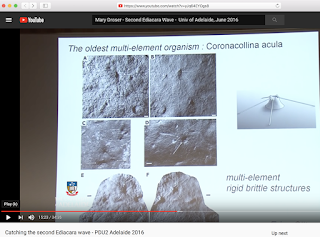 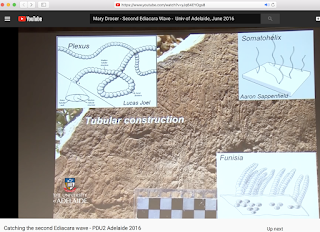 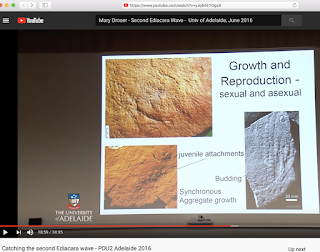 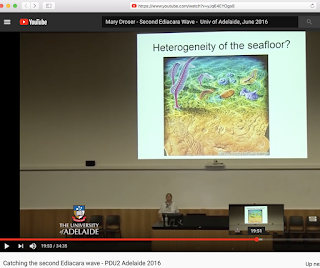 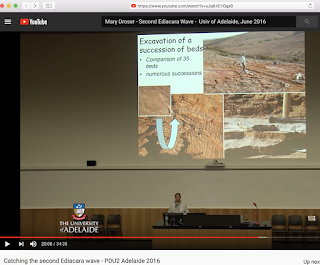 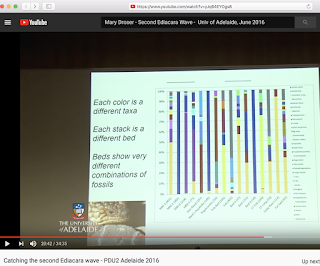 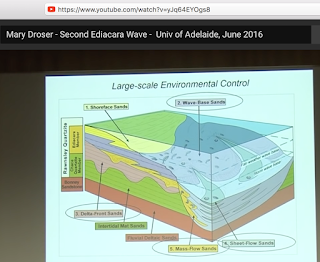 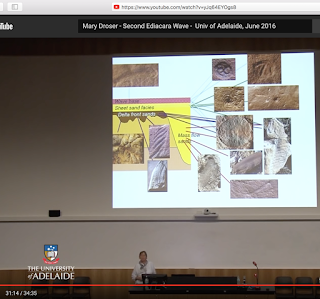 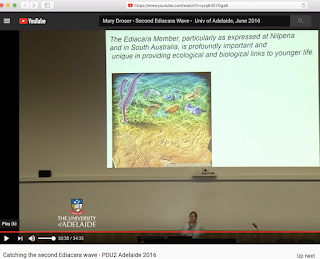 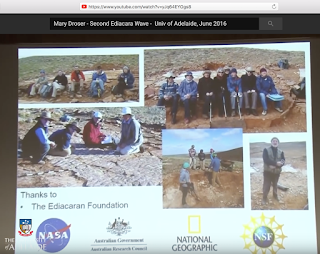 Posted by citizenschallenge at 10:08 PM